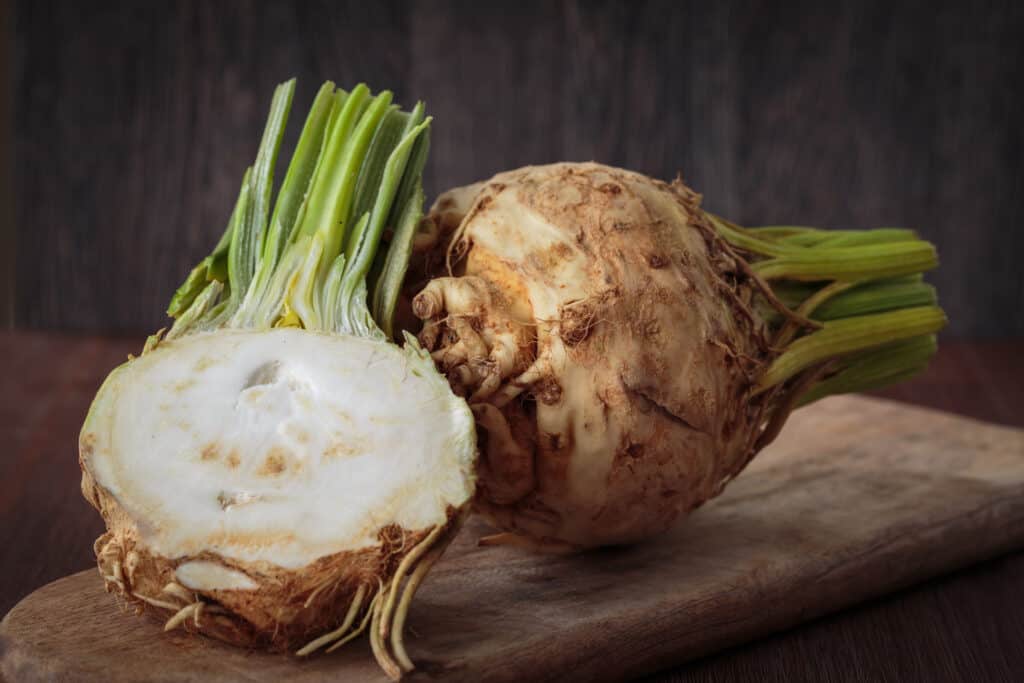 Vegetables don't come out of the ground looking camera ready. They're often dirty and gnarled, yet ultimately wholly and beautifully imperfect. Take the celery root for example. Here's a weird and funky looking vegetable that holds so many great culinary treasures yet doesn't get nearly as much spotlight as some of its prettier cohorts like rainbow carrots or turnips.

So what the hell exactly is a celery root, also known as celeriac? (Is it celery? Why are we eating its root?) Celery root is a different crop than celery. It's a different variety of the same plant. Whereas traditional celery is bred more for the stalks, celery root is bred more for the roots.  Because of that, unlike its namesake relative, the stalks of celery roots are very fibrous and practically inedible. They can be used to flavor soups or stocks, but you won't enjoy snacking on them with peanut butter or your favorite veggie dip. It's the bulbous root where the flavor lives.
​
The flavor is similar to celery with a small hint of parsley thrown in. It also tends to have a very nutty flavor on the palate, which can be heightened by roasting it or pairing it with other root vegetables, such as parsnips or potatoes. It has a really good flavor. Once you get past the rough exterior, you can do a lot with it. A lot of chefs will use it for things like purees, which is one of the most popular things to do with it.
Recipes
Celery Root Mash
​Roasted Celery Root