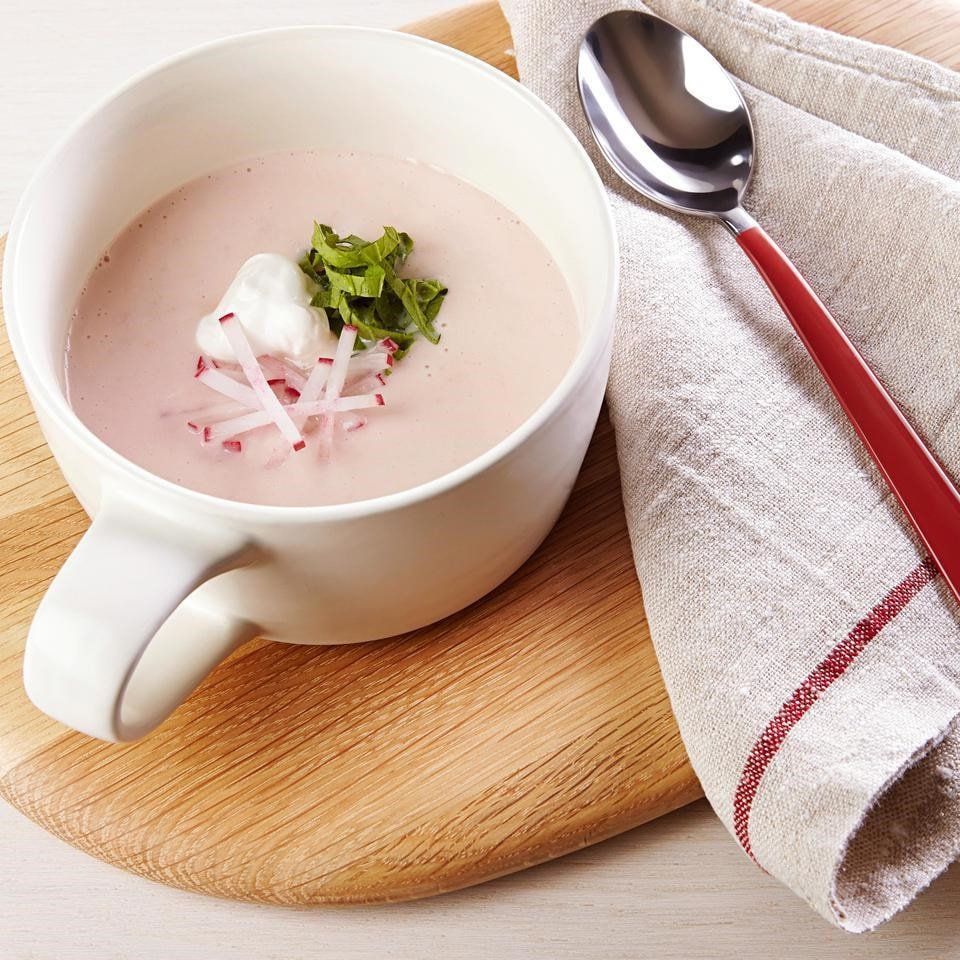 In this creamy radish soup recipe, radishes are sautéed and pureed with potato, creating a velvety, healthy soup. Cooking radishes also tones down any bitterness, while leaving plenty of sweet, earthy flavors to enjoy. Using smaller radishes will give the soup a pretty pink hue, like the one pictured here, while larger radishes result in an almost white soup.

Heat oil in a large saucepan over medium-high heat. Add 1 3/4 cups radishes and onion and cook, stirring frequently, until the onions are beginning to brown and the radishes are translucent, about 5 minutes. Add potato, milk, salt and pepper to taste. Bring to a boil, stirring occasionally. Reduce heat to a simmer, cover and cook, stirring occasionally, until the potato is tender, about 5 minutes more.

Working in batches, puree the mixture in a blender (or in the pan with an immersion blender) until smooth.

Slice the remaining 1/4 cup radishes into matchsticks. Serve each portion of soup topped with 1 tablespoon sour cream, some radish matchsticks and a sprinkling of radish greens (or parsley).